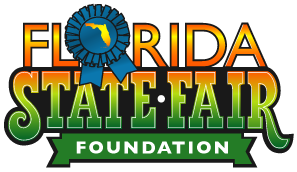 The South Florida Fair Association was formed and plans for a new exhibition were proposed. That first Fair was held on a 27-acre plot adjoining the Henry B. Plant’s Tampa Bay Hotel, now known as the University of Tampa. The attractions were simple, five races to bet on and one agricultural building to showcase everything else . Soon after, the event became known as the Florida State Mid-Winter Festival. Families would come to the festival. Children would play games, eat popcorn and Fairy Floss while their parents won bragging rights for their prized animals, the best pie, or the most beautiful quilt. In 1915 when Articles of Incorporation for the South Florida Fair and Gasparilla Carnival were filed with the Secretary of State office in Tallahassee, the Fair became known as the Florida State Fair.

In February of 1977 the first Fair was held at its current location near Interstate 4 and U.S Highway 301. The 330-acre site, just seven miles from its original downtown Tampa location had lots of area for development and parking. Once moving to the larger location, new buildings, show arenas, and barns were erected. A five-acre parcel of land was developed into the Mildred W. and Doyle E. Carlton, Jr Cracker Country living history museum. Here, original structures including homes, a general store, railroad depot, print shop and more offer guests a representation of home life, commerce and transportation as it was in many rural Florida communities just before the turn of the 20th century. The museum is open to all during the annual Florida State Fair and during the rest of the year welcomes over 25,000 school students.

Today, the Florida State Fair attracts up to 500,000 people in twelve days. Each year Florida residents create exhibits for Aquaculture, Horticulture, Woodcarving, Needlework and more. Over ninety years later and bragging rights are still won for the prized animals, best pie and the most beautiful quilt. The Midway rides provide our visitors with all the thrills they’ve come to expect. Know as the first State Fair of the year, we get all the latest and greatest in Fair foods. Always tasting the newest food creations our concessionaires can create! It’s great family fun at its best.